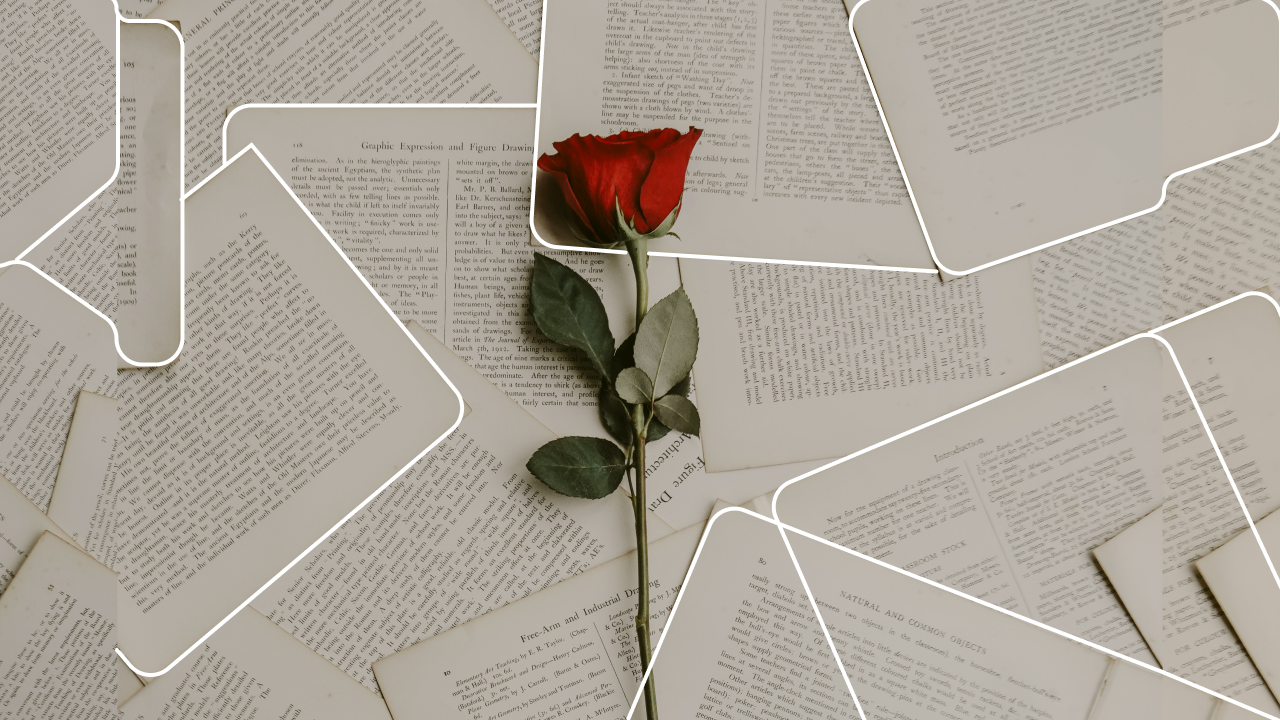 According to a study conducted by the Pew Research Center, nearly 30% of adult Americans say they have tried online dating. And honestly, it's not surprising now that our lives are intrinsically linked to technology and our phones. We shop, talk to friends, go down Wikipedia rabbit holes online, so why not try to meet a potential partner online too?

Last year's quarantines catapulted dating apps like Bumble, Tinder, and Hinge to new heights since singles could no longer easily go out and mingle. Even those single by choice felt pulled to download the apps to stave off the loneliness from the social isolation.

In fact, Tinder set a new record in March 2020, with 3 billion swipes in a single day. To put that number into perspective, that's about 2 million swipes every👏 single👏 minute👏 in a day.

The days of making eye contact and working up the courage to buy someone a drink was gone, and in were weeks of physical distancing and too much time on our hands. We were at home, lonely and confused, so why not swipe?

Suddenly, the "have you been tested recently" question needed to be clarified with a "do you mean an STD test or a COVID test?" Both hopefully.

As they say, nature finds a way.

Dating is always tricky, but the added layer of technology has made things a little more complex. Before dating apps and social media, you needed to follow through on dating plans to get to know the person.

The idea of "there's more fish in the sea" is a reality. If you get bored talking to one person on an app, you can just jump to a different conversation or expand your radius to find more matches.

The people start to blend together, and before you know it, you're not thinking twice about standing someone up for a first date. It might not feel that shitty to suddenly stop responding to messages… but remember, there's another human on the other side of that screen with hopes and emotions.

So how do you protect your emotional energy on dating apps or dating in general? Well, for starters, know what you're looking for - be it casual hookups or someone with the potential for long-term companionship. Once you know your goals, you need to keep in mind that not everyone you swipe on and meet will be compatible with you or want what you want or have to offer.

So let's keep an eye out for these shifty and shady dating behaviors from others and ourselves.

The Not So Friendly Ghost

The most common dating term most of us are familiar with would be ghosting. Ghosting is so prolific that it's even made its way into Webster's dictionary!

If you're unfamiliar with the term, it's when your romantic interest suddenly stops responding to messages or phone calls and disappears out of thin air. It's like a Vegas magicians' act but way less fun.

Unfortunately, ghosting has become fairly common. In a 2018 study conducted by BankMyCell, 29% of women reported they have experienced ghosting compared to 20% of men, primarily to avoid confrontation.

It's one thing to ghost if you feel your physical safety is at risk, but it's another to ghost if you're just avoiding an awkward conversation. Remember, there is an actual person on the other side of that screen with hopes, expectations, and feelings.

Instead of ghosting a person, we encourage you to communicate with your words. Sure, confrontation is uncomfortable, but you need effective communication skills if you're trying to date and form a relationship with another.

I Feel A Strong Presence

So, you've been ghosted. It doesn't feel good, but the confusing part is they're still watching your stories and liking your photos on Instagram? What's that about?

They're haunting you. Haunting is when you have been ghosted by someone, but they continue following your social media accounts and interacting with your posts.

Now, before you get too upset, remember that social media connections are a two-way street. You could've unfollowed or deleted them after their disappearing act too.

If someone ghosts you, accept it as closure and delete them off social media, cause honestly, what's the benefit of keeping them around? You don't need to prove you're "better off" or that they're "missing out" by posting stories and pictures of your fun adventures. You need to move on too.

And for you haunters, remember that the person you ghosted or abruptly broke things off with is a human being. Seeing that you've watched their stories might make them think there's a chance you miss them and have regrets when you really don't; you're just bored on Instagram. Unfollow them and stay a ghost.

From The Depths Of The Sea

... but what if they don't stay a ghost who only creeps your social media accounts? One day, like a submarine returning to the surface for air, they reappeared months with the beautifully worded, poetic text of "hey." Hey yourself.

You call them out on it and get an "I'm sorry, I just had a lot going on. My mom's best friend's grandfather needed a hip replacement, and it was just a lot to deal with," or whatever bullshit excuse they give you.

Whatever the reason, they're back now, and you have a decision to make -- where you give them another chance or not. If you're dealing with a submariner, take a minute and think about how it felt when they dropped off the face of the earth. You can listen to their explanation, but you don't have to accept it as fact or give them another chance.

If you're contemplating coming back into someone's life after disappearing, we ask you to pause and truly think about your reasons why. Is it because you're lonely or bored? Do you actually miss the connection you had with them, or do you just miss having someone around?

So, let's say you've made it past being ghosted or haunted, but forming the connection with them is starting to feel Sisyphean at best. You're confused because they send sweet good morning texts, tell you they miss you but then flake the second you try to make plans.

You might be accidentally following a breadcrumb trail left behind by a Hansel or Gretel.

Breadcrumbing is when a romantic interest sends sporadic, non-committal texts to keep you interested when they have no intention of taking things further. It's honestly just a modern way of saying they're leading you on.

Establish boundaries for yourself and set a limit to the number of times you will exert effort in an attempt to make plans with someone before ending it. Remember: you're worth more than being put on the back burner.

Do you have someone on your dating roster that you know you have no intentions of pursuing romantically? Cut them loose. Be mindful of that person's wellness and communicate to them that you're not interested in pursuing things any further than your few dates.

Put Me In The Game, Coach

Have you been talking to someone who seems great, but it feels like they're indifferent to where things are going? They might be keeping you "on the bench" for those oh so lonely nights or when other dating prospects fall through.

Benching and Breadcrumbing seem similar, but there is a core difference. Those who use benching do want your companionship… when it's convenient for them. If you text a bencher asking to hang out, chances are they will say yes, so long as they're free. Text a breadcrumber to get together? You'll probably get an "I can't tonight but let's reschedule!" with no definitive date.

The bencher probably does truly enjoy your company, but they're either not ready to settle into a relationship, or they're dating multiple people at once. And honestly, unless you've had a conversation with them about monogamy or what you're looking for, they're not technically doing anything wrong.

Are you the bencher? We encourage you to take time to work on being comfortable with being alone or transparently communicate with your prospects that you are dating multiple people or not looking for anything serious.

When it comes to dating, not knowing where you stand with someone can be anxiety-inducing. Do you and your current prospect make plans for the future, spend most nights together, and are basically together but not together? You might be caught in a situationship.

A situationship is when you're effectively dating someone, but there are no labels, and the "what are we" conversation never comes to fruition or resolution.

Situationships usually happen because one (or both) parties get all the benefits of a relationship without the commitment. But depending on your dating goals, a situationship might not be fulfilling for you if you're looking for a reliable long-term partnership.

If you're looking for something more casual and non-committal, communicate it to the person you're seeing. Leading someone on, even unintentionally, is hurtful.

And finally, the slow fade. If you're an experienced dater, you've most likely been part of (or done) a slow fade. This is when the person slowly pulls away from you by gradually texting less, being non-committal with plans, and you can feel excitement fading. A slow fader might think they're doing the right thing over ghosting, but they're still missing the point on the importance of communication.

The slow burn is frustrating because it feels like you're watching hope and potential slip through your fingers like sand, and most of the time, you're not sure why and what changed. Did they meet someone else? Are they just no longer interested? Did I do something wrong?

Grabbing on tighter to the person giving you the brush off will most likely not keep them around. If you feel like the person you're talking to is slowly fading away, ask them. You can say, "I feel like you're not as invested in this connection as you once were, and I would like to talk about that."

And if you're losing interest in your prospect, we encourage you to have a conversation with them instead of doing a slow burn. Why drag it out for weeks when you can just rip the bandaid off? Not every relationship we get into is going to work out, and that's okay. What's not okay is giving someone false hope when there is no hope to be had.

The Outlook On Modern Dating

Dating is hard. Full stop. Getting back out there can feel daunting, but knowing what shifty behaviors to be on the lookout for can help protect your heart, your time, and your energy.

And just remember: the actions of others are not a reflection of you. If someone ghosts you after a few dates, it's a them problem, not a you problem. Their lack of communication or maturity should not dictate your sense of worth!

It hurts to have the potential disappear, but be mindful that you're not actually just excited about a person's potential than the reality of a person.

What are your early dating or relationship red flags? Let our community know in the comments below so we can learn from one another!

Tamar Blue
CEO
2 mins read
Feb 22, 2021
When someone great is gone: How to address grief in the workplace with empathy
Birthday cakes, gift cards, free lunches, snacks, movie tickets, and other perks are ...

Tamar Blue
CEO
9 mins read
Feb 22, 2021
Your Allyship and Action is Needed
The past week has brought the world's attention to racial injustice and police brutality in the United States. Tragically, this is...