Become an Investor Today! Join over 500 people who have already invested.
Invest Now
Become an investor 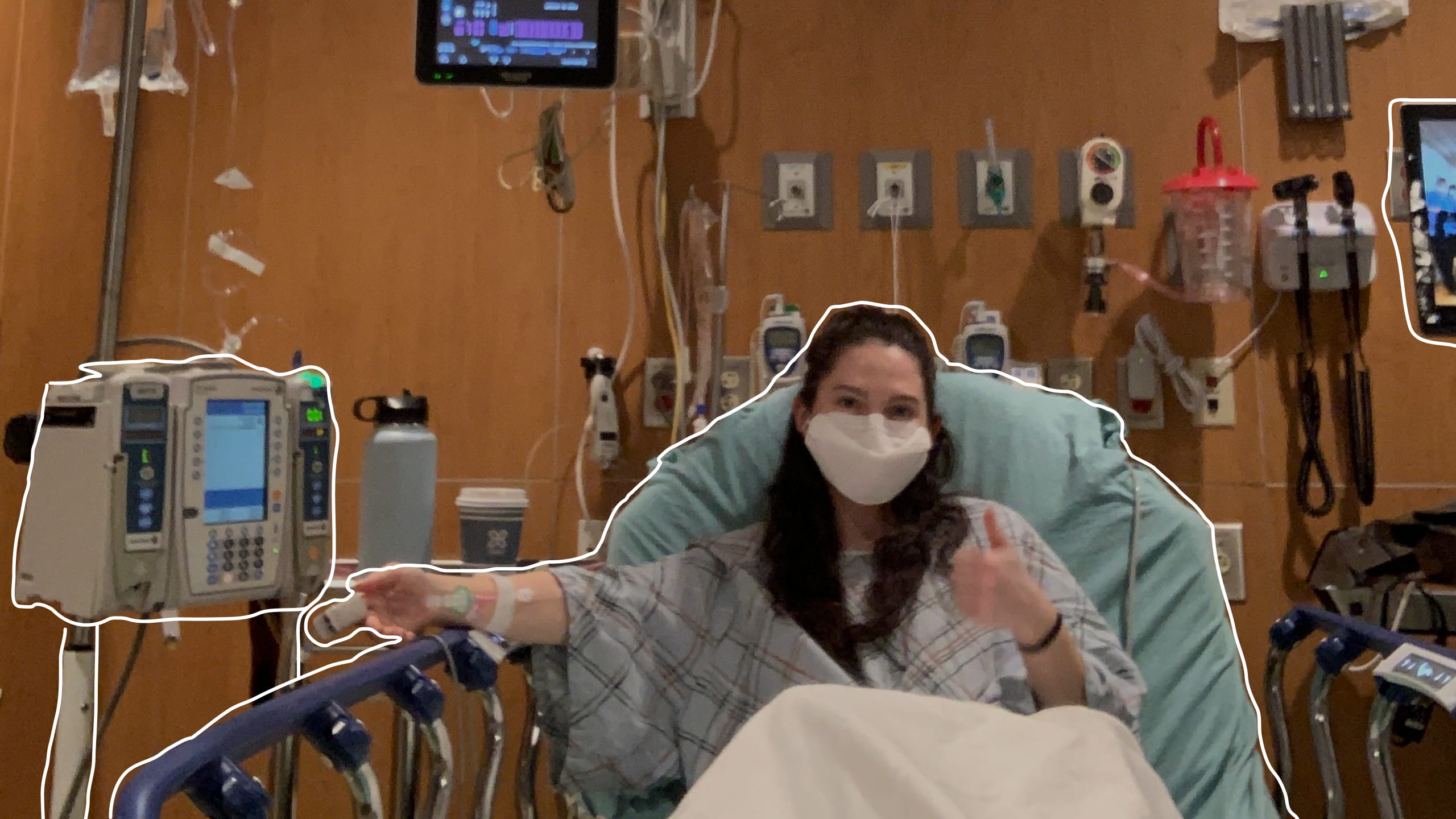 Sophie shares her journey with a mysterious Chronic Illness

‍We believe hearing stories from others who have experienced life's curveballs and come out stronger can help you build resiliency and encourage healing in your life. ‍

Sophie is a college student who became disabled and was labeled a medical mystery when she was 19. She considers herself a huge anatomy and physiology nerd. Outside of school, Sophie loves anything having to do with music, especially writing song parodies. She is very passionate about helping others who are in similar situations.

Tell us about yourself and your diagnosis journey.

I'm 22 years old, and I am a huge optimist. I am a college student at the University of Maryland, but I am on medical leave this semester.

I was dismissed by my doctors from very early on. I've complained of unusual symptoms since I was a little girl. My pediatrician thought I was just looking for attention. The symptoms were annoying, but they didn't start controlling my life until much later. In high school, I got a concussion that triggered Gastroparesis. Instead of doing GI testing, I was sent to Anorexia treatment two times.

After I was eventually cleared from my concussion, I mentioned that I still had weird symptoms. No one took me seriously, so I tried to proceed with life as usual. I graduated high school and went to college.

I left a frat party one night to go to the ER for extreme abdominal pain. They sent me home saying I was just having bad period cramps. Still, two days later, I found out that my uterus was about to burst, and I needed emergency surgery. Doctors labeled me as a medical mystery and passed from doctor to doctor. Everyone thought I was too complicated and couldn't make sense of it in just their specialty, so they would pass me to someone else, and the cycle would repeat.

It's hard enough to get treatment in the medical world as a woman. Over three years, I have gathered more diagnoses than I can count, and I'm still in the process of getting more. Still, as a 20-something-year-old who "doesn't look sick," it's nearly impossible to get anyone to take me seriously.

What made you create Chronic Illness Chronicles? What motivated you to start documenting your journey?

There were a few reasons that led to me creating Chronic Illness Chronicles. The idea originated from many family and friends saying to "keep them posted" on my medical situation while I was barely alive. I used to post some updates to my "main" account. Still, people who didn't know me well, in reality, started referring to me as "the sick girl" and treated me differently.

I decided that if I had one place to post everything, those who were interested could follow along with my journey. I could still separate myself from my illness at times. With that said, I rarely use my old account anymore.

I like that I can be completely authentic in the chronic illness community and don't have to worry about just posting highlights. Plus, I've learned much more from my new online friends than most medical professionals!

What does Chronic Positivity mean to you? What made you choose to live your life with this motto?

I've always been a super optimistic person. I don't feel like I chose the motto as much as it's always been a part of who I am. I also think it's important to note that "chronic positivity" doesn't mean there's no space to acknowledge the hardship that someone's enduring.

It's essential to be realistic with yourself and with your situation. Still, I think that if you look closely enough, you can find silver linings and little wins along the way. Take the good with the bad. It doesn't fix things, but when everything else is out of control, it's helpful to remember that I have control over my outlook.

What helped you realize that things in your life needed to change? How did you make those changes?

It became apparent that things needed to change when there was no way to go on without making the necessary changes. Words can't capture how difficult it is to go from someone who is always active and enthusiastically participating to someone who is disabled and fatigued. I realized things had to change when I was suddenly in a wheelchair and could barely communicate.

Things had to change again when I regained the ability to walk months later. Things are changing now that I am back to using a mobility aid and cannot drive. The key is to listen to your body.

Who (or what) has been your most significant source of strength or inspiration? Tell us about them and how they helped you grow.

My mom has always been my superhero throughout this journey because she remains level-headed despite adversity. She can accomplish anything and everything with a smile on her face. She remains hopeful during the few moments where I lose my hope. She is a blessing to everyone who knows her. She has acted as my caretaker throughout this chaos and helped me get to where I am now. She helps me fight every day, and she keeps me grounded.

What was the hardest lesson you needed to learn to get to where you are now? What challenged you the most on your journey?

I've learned to listen to my body and be accommodating instead of angry. It's much easier said than done, but I've been trying to limit my activities, and I plan for a lot of downtimes. The biggest challenge has been that I'm extremely extroverted, but my illness gets in the way of socializing. On top of that, I lost most of my old coping skills when I became disabled. I'm grateful that I made friends online who understand my frustrations. Creating this account has been a tremendous new coping mechanism.

What would you want someone on their journey to know about perseverance and moving forward? What was something you wish you had learned along the way?

Mindset matters. It doesn't rectify the situation, but it makes it less heavy and makes you grateful for new things every day. Allow yourself to celebrate your little wins when they happen.

Describe what your life is like now. What are the most significant differences you have noticed? What are you doing now that you never believed possible?

It's hard to describe what life is like because things change in an instant. One afternoon I may be able to go out with friends, and an hour later, I'm entirely bedridden. I'm still working on getting all my diagnoses and finding a treatment that controls my symptoms. With that said, I think I have become more accepting of the daily chaos.

I've grown a lot through this challenge. My priorities have shifted, and gratitude comes naturally to me now. The most significant positive change is that I'm putting my needs first for the first time in my life. It's hard to adjust to this new reality, but it's not impossible.

Watch a full video of Sophie's journey and other inspirational stories on the MentalHappy App.

Share via
 
Continue Reading
Feb 22, 2021
You Are Not Alone: We’re Here to Help You Overcome Life’s Greatest Challenges
MentalHappy is the first social network designed to help people of all races, genders and economic statuses improve...

Tamar Blue
CEO
5 mins read
Dec 21, 2021
Holiday Priorities: Don't Leave Self-Care off Your List
The halls are decked, the mistletoe hung, and the stockings placed by the chimney with care -- it's officially the holidays, and as the song goes, 'tis the season to be jolly." But what if you're already feeling overwhelmed, burnt out, or anxious before the holiday season has

Courtney Hyzy
5 mins read
Sep 29, 2021
Want to support your immune system? Go with your gut!
With the new year fastly approaching, we are all wary of what 2021 has in store for us. As the pandemic continues to ...